Posted on July 26, 2020 by Ravichandran N Leave a comment

The July 26, is celebrated as ‘Vijay Diwas’ meaning ‘Victories Day,’ every year in memory of more than 500 soldiers who laid down their life for the country in the 1999 Kargil War with Pakistan. It was on this day, 21 years ago that, the Indian Army defeated the Pakistan Army in a three-month long war, to thwart their endeavor to occupy the Kargil Sector.

The Kargil, town is currently a part of the Union Territory of Ladakh and lies between Srinagar and Leh national highway. It is situated at around 127 miles from Srinagar and 107 miles from Pakistan Occupied Kashmir town of Skardu. The Kargil ridges, which was the focal point of conflict, stretches 100 miles, overlooking the valley from the height of around 16,000 ft. to 18,000 ft., with temperature dropping to as low as -54˚ F.

With a view to control Siachin Glacier region, the Pakistan Armed Force, launched Operation Badr in February 1999, all the while when then the Indian Prime Minister Atal Bihari Vajpayee was on a peace mission to Lahore on February 20, 1999.The troops from the Special Service Group were sent disguised as the Jihadists to occupy the vacant Indian post in the Kargil sector, on the Indian side of Line of Control to gain strategical advantage.

The Indian Army was taken by surprise when shepherds reported Pakistan intrusion on May 3, 1999, which was later turned out to be an area of around 80 sq. mi., under seize. Subsequently the Indian Government launched Operation Vijay with around 30,000 soldiers targeting Tiger Hill and Tololing complex in Dras which were overlooking National Highway 1, the main supply line.

The Indian Air Force got into the act on May 25th, to assist the ground troops as the terrain with steep ascent were to its disadvantages in chill conditions. The Indian Forces tasted first success on June 9, when it re-captured two key positions in the Batalik sector and when the pivotal position Tololing in Dras sector was recaptured on June 13th, it gained upper hand. By the time world opinion and United States in particular had forced Pakistan to withdraw its forces from Line of Control, India had re-captured 75 to 80% of its intruded area. The fighting ceased on July 26th with capture of Drass subsector.

Though Pakistan Army denied its involvement it was subsequently exposed by its own Lieutenant General Shahid Aziz, in an article in The Nation daily in January 2013. The international community was concerned if the conflict continued further, as the use of nuclear warhead was imminent in view of United States intelligent report of Pakistan moving its nuclear arsenals towards the border.

To summarize, the Kargil war was the Pakistan’s miscalculated ambitious adventure. 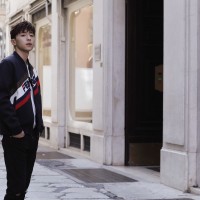